A video is the cornerstone of any successful crowdfunding campaign whether it’s on Kickstarter, Indiegogo, GoFundMe, or other sites. It is likely the first thing donors will watch before reading a campaign page’s text. As your largest and most important investment out of the entire campaign budget, we want to make sure your ROI is maximized by bringing our expertise as a crowdfunding video production company to the planning, production, and marketing process. All three stages will play a role in content crafting. We’ll seek to understand your target market, the platforms you’ll use to advertise, research successful campaigns for similar products or services, and ensure you have the right kind of video for each platform you use to get the word out. Our services will also include customizing the video (or videos) to the specific platform you intend to market on. Through partnerships, we can also help you invest in promotion campaigns that create news articles that cross-link to your campaign page and help get the word out.

Our video for Atense Computer Vaccine was a collaborative effort with Baesel Media Group who assisted with creative concept development, scripting, and strategy for release of content which included press releases to online news outlets. What started out as an idea for a single video by the creator was expanded into a series of videos designed for different platforms. Check out the Social Media video above, the campaign video here, a detailed explainer video here, and supporting content from an IT security expert here.

Our video was a collaborative effort with RL Film Productions and helped Belluscura raise over £538k through Crowdcube in the United Kingdom market. Their product has become particularly important in the COVID-19 era.

The video combined a motion graphic sequence with still graphics, stock footage, and custom footage showcasing the product in action. We also enlisted professional voiceover talent from the UK to help reinforce the appeal of the product in that particular market.

The Ultimate CPAP cleaner was created by Dr. Raj Kakar, a well-known sleep expert doctor in the Dallas/Fort Worth area and ran along side his Ultimate Pillow campaign video which we also created. Both videos utilized live footage filmed at his location as well as 3D animation to further demonstrate concepts and a product that, at the time, was not yet in production.

Our video was a collaborative effort with Baesel Media Group and RL Film Productions and brought together a team of fantastic professionals on all ends of production. Overall the campaign for this product was a success and the product has since become available on Amazon and other online retailers.

The Fajita Butler Kickstarter Campaign began with a great idea and the desire to first reach out to home consumers before its planned marketing to restaurants and retail stores. Brian Butler poured considerable resources into its design and mass production in order to meet the anticipated demand generated from the Kickstarter campaign. Our team was contacted to help Brian tell the story behind the process of its design, why it’s a good idea for cooking enthusiasts, the perks of using it over similar products, and the call-to-action for Kickstarter support.

We shot copious amounts of product footage, interviewed Brian, visited the manufacturing plant and warehouse for additional footage, and filmed candid footage of the product being used all to visually represent the spoken dialogue. Ultimately the video went through two iterations before settling on the one currently in use. Check out the previous version at this link!

At the time of creating this page, the campaign exceeded its $20,000 goal by over $2,000 with time left to spare on the funding deadline.

Ethos media went above and beyond my expectations. I was totally lost trying to figure out how to create a good Kickstarter video for my project. Devin and his team took that pressure off of me and created something that put me well past my goal. Easy to work with and will literally bend over backwards to make his customers happy. He’s busy… and there is a reason for that!!!!! Can’t go wrong with Ethos Media!!! 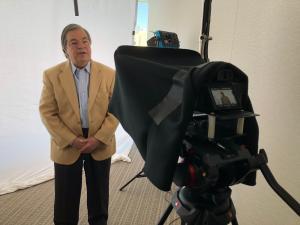 There is a three-pronged approach to crowdfunding videos. Your video needs to be one part entertaining, one part informative, and one part sales pitch. Getting too wrapped up in entertainment may make it a fun video to watch but it doesn’t then push people to make a contribution. Making it too informative can mean the video is dull to watch. People usually don’t like to be “sold”, so focusing too much on that can make your campaign seem like a gimmick.

Our team will help craft your content so that it hits on all three key aspects simultaneously. We’ll then ensure you have the right tools to promote your content on various online platforms and assist you with a marketing campaign involving press-releases to various website, which help with organic listings in Google and other search engines. We can also combine use of photography and 360 VR media, when appropriate to do so.

Do You Have a Prototype?

It’s generally a good idea to showcase that your product or service already exists and is just waiting for crowdfunding to be brought to market. This ensures we can capture a variety of good footage to visually reinforce your dialogue. If you don’t have a prototype to show, an animated video or personal sales pitch are options to help sell your idea. Contact us for details on various animation budgets and be sure to watch this short video to know what type of animation to ask for.

Do you show off a product/service or tell a story?

Each of these approaches can be effective, depending on your personality and product. If your product is compelling enough, it can usually stand on its own, though introducing a human element for donors to connect with is always advisable. This is one of the primary discussions our team will have yours as it is a fundamental decision that filters down into every other aspect of your video. If you’re not comfortable being on camera, recording voiceover is always an option, as is hiring third-party talent. We’re networked with professionals from just about every demographic possible, so there are plenty of choices for who represents your brand.

Like any other video, there is generally a good, better, and best option. On average, you can expect to pay between $2,000 – $5,000 to have the professional look. The higher-end of our estimated costs includes a personal director to work with you on concept development and assist you in making key creative decisions. You can also typically find some level of motion graphics within this budget or perhaps a very stylized shoot that involves third-party talent, specialized lighting, or a stylized edit using effects. If you determine that certain bells and whistles aren’t necessary to get the point across, our estimate can be scaled back accordingly to still produce a quality video but keep costs manageable.

How About Photography or VR?

If you need good shots of your product or service to populate your website, campaign page, and social media, we’re happy to provide this to you generally at no additional cost when tacked on to a video project. We can provide photos both in web and print resolution so you’re able to maximize the utility they have in your marketing efforts. As for virtual reality, this is a niche type of video or photo and may or may not be appropriate for your particular product or service. There generally needs to be a facility that you own or operate in where VR media can really make sense. We’re happy to consult with you on the benefits of this during your consultation.

A standard 16:9 aspect ratio common with most HD videos that can be uploaded anywhere on the internet, but is most useful on YouTube/Vimeo and websites. Chances are you’ll want to have this type of video on your crowdfunding page.

This video is re-formatted into a square or rectangular aspect ratio to better fit on mobile devices where the vast majority of social media usage takes place. It also is framed with a catchphrase on the top and bottom of the video frame ensuring that at least some part of your message gets across whether the viewer clicks on the video or not. Also, audio in video is disabled by default on platforms such as Facebook which further makes the case for this format. 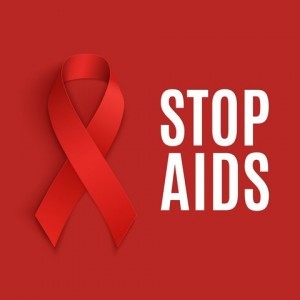 Devin and his Ethos team took our few ideas and produced multiple fabulous videos for our crowdfunding campaign. Great creativity was introduced into the videos and the work was done on a very short schedule. The resulting products are very impressive. I highly recommend Ethos for your video project.

Get Started with a No-Obligation Consultation

If you're crowdfunding, we'll help you. There's obligation to enlist video services with a phone call or email. Contact us today for ideas on what we can accomplish together.

Get Started!
Go to Top